Store Locator
$4.69 Each
In stock
JACK DANIEL'S® is a registered trademark and is not involved in or affiliated with the production or distribution of this product.
See how you can get free standard shipping.

Skip to the beginning of the images gallery
Having been cut from the stave of a genuine whiskey barrel used by the Jack Daniels Distillery, you could say that this pen blank has been in good spirits for the last seven years. That's how long the whiskey is aged before the barrels are replaced. The barrels are coopered by hand, from charred white oak and metal hoops. The black side of the pen blank was the inside of the oak barrel. Each whiskey barrel pen blank comes with its own certificate of authenticity. Once turned, the blank will look like slightly aged white oak. However, with some creativity, the blackened side can be preserved. Recall, for example, that the Jack Daniel's® trademark bottle is square.
(1) Oak Whiskey Barrel Pen Blank w/Certificate of Authenticity
Powered by TurnTo
Review More Purchases | My Posts
4.5 / 5.0
8 Reviews
5 Stars
4 Stars
3 Stars
2 Stars
1 Star
6
1
0
1
0
JD Pen
Turned this for my dad. It’s kid of messy considering the charred wood but aside from that it turned very easy and the smell was, well.......AWESOME!! I’ve had requests from others, so I’ll be buying more here shortly. 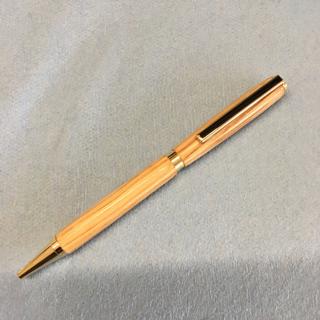 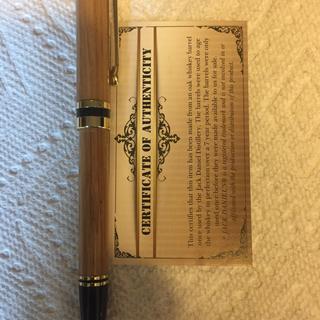 Great blank, scrape the char off before turning
August 20, 2018
Derek P
Purchased
1 year ago
Woodworking Experience:
Beginner
Whiskey Barrel Blanks
I’ve used both the Jack Daniels and the Jim Beam blanks and they are a hit with my customers. I will be buying lots more from you as time passes 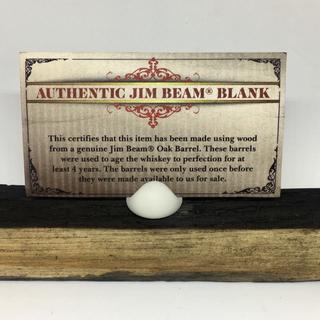 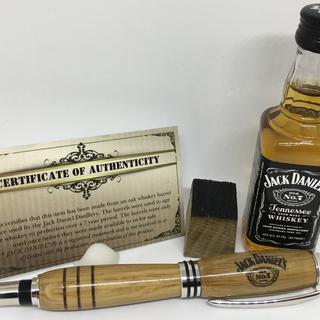 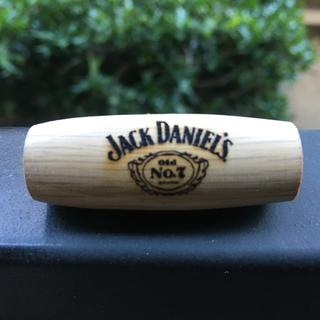 Powered by TurnTo
Questions that need answers | My Posts
Start typing your question and we'll check if it was already asked and answered. Learn More
Do not include HTML, links, references to other stores, pricing or contact info.
My question is about:

If your question is about more than one item, click + to add them.